Keeping track of my watch-list here: What I Watch
Posted by S at 8:19 AM No comments:

Email ThisBlogThis!Share to TwitterShare to FacebookShare to Pinterest
Labels: whatiwatch

Look at their eyes...

Clearly one of the best films I have seen in a long time. Original story, great performances and plenty of brutal violence. What more can you ask for?  The key thing in this movie is that the violence is part of the whole story, and not gratuitous. Definitely worth a revisit in the future. 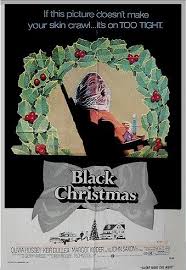 I thought I had seen this before, but I was wrong. All in all, I found this to be a very effective thriller. Though some call it slow paced, I think it is paced nicely, and the suspense toward the end is right on. I was slightly disappointed by the ending, and wonder how inept those cops must have been to miss out on some critical "evidence" in the attic.

Regardless, I though this was a very good film, and worthy of it's cult status.

It felt like more, but this is my summary for January. Pretty weak...

Hoping I can better these numbers in the short month of February.

* Rewatched includes a re-watch of SUNSHINE CLEANING, which I posted on in December, nut rewatched in January so the wife could see it.
Posted by S at 6:36 AM No comments:

Email ThisBlogThis!Share to TwitterShare to FacebookShare to Pinterest
Labels: tally

MEGA PYTHON VS GATOROID. It's not as bad as you'd expect; it's worse. Skeletal Debbie Gibson battles with buxom Tiffany over who's slimy buddies should win in the epic battle.  While the guest list was long on familiar faces, I can't imagine why Mary Lambert (dir PET SEMATARY) would have associated herself with this mess.

The characters were all interchangeable and disposable, and the "special effects" were courtesy of some 9 year-old using MS Paint on a Packard Bell 486 computer.  I am thankful for the 30-second skip button on the DVR remote, as I gave it quite a workout during this schlockfest. Bleecchhh.

More than meets the eye

I actually saw the second TRANSFORMERS movie before this one.  I was never really a Transformers fan, only because they became more popular after I had gotten too old for the toys.  I only saw the 2nd film because I needed to get my son out of the house, and figured it would beat the time we suffered through PONYO.  Anyway, I did enjoy the 2nd one, and decided to catch the first one to fill in the gaps.

I found the Autobots and Decepticons in this one to be much easier on the eyes.  They were actually recognizable as robot-type figures, as in the 2nd film, they just looked like big blobs of spiky metal to me.

While the plot is kind of hokey, this was a fun film overall.  Action sequences were nicely done, and the CGI is pretty sweet.